Walking around his property and doing his inspection rounds, a Russian farmer heard strange noises coming from his barn. Upon closer inspection, he thought he had come across four small kittens.

Then the farmer saw they did not look like regular kittens.

Not knowing what these strange animals were, he immediately called the Daursky Nature Reserve.

The kittens were so young when he found them, they still had their eyes closed. The farmer knew the young’uns would need a lot of help and tender loving care if they were going to live. 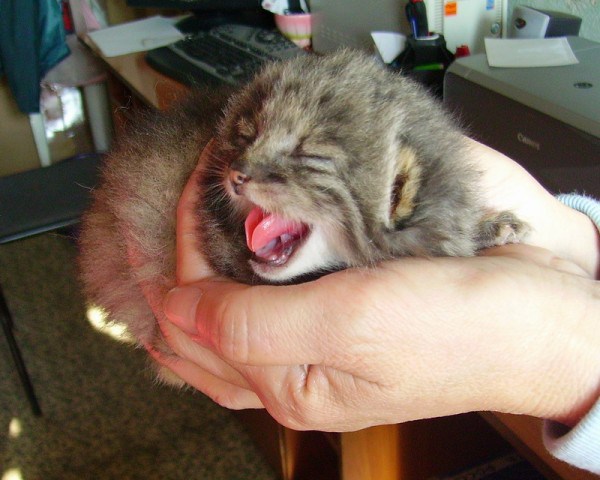 The experts at Daursky Nature Reserve told the farmer what he had found. The kittens were identified as Manuls, also known as Pallas Cats.

These are a rare species of wild cats that live in Central Asia. 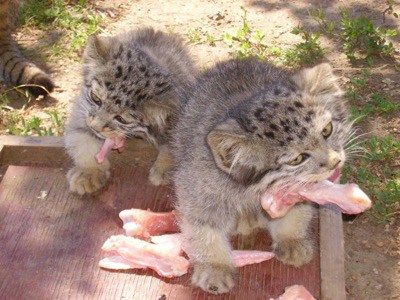 While Manuls are similiar in size as normal housecats, they are much sturdier and stockier. They have shorter legs, and a wide face with fluffy flattened ears.

Because they live in a harsh and unforgiving climate, they have a thick coat of fur to keep them warm. 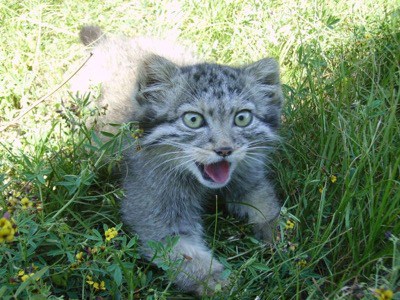 After the farmer took them to the animal reserve, the kittens were joined together with two domestic cats.  The housecats immediately adopted the abandoned Manul kittens, and saved their lives 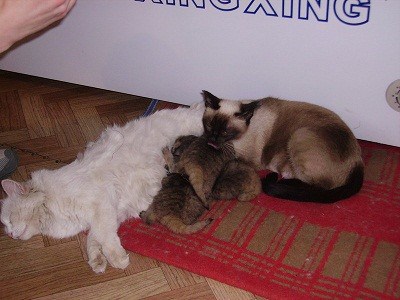 Everyone at the reserve loved the Manul kittens.. but they knew they could not keep them.

After all, they are a rare feral species, who belong in the wild.

But they did give them something to keep track of the manuls: special collars with microchips in them. This way the animal reserve staff could keep an eye on the kittens. 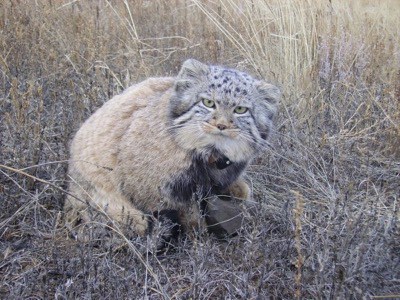 But during their first winter alone in the wilderness, all of the Manuls lost their special collars that the reserve put on them to track their progress.They also lost a lot of weight… 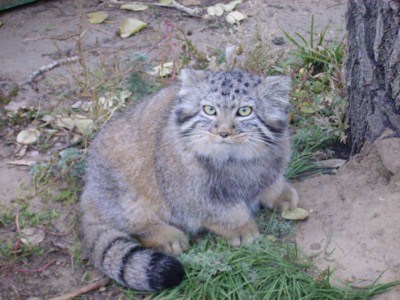 That’s when the staff decided it would be best for the Manuls to spend their first winter in the reserve, so they could grow big, strong and healthy.

They would re-release them back in the wild when spring came. This way the Manuls had a much higher chance of survival! 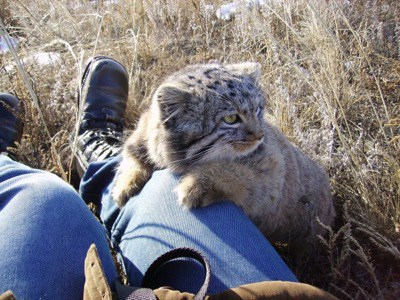 This turned out to be a great decision. The Manuls got used to their new surroundings real quick. You can see from the photo’s they got real big and strong. 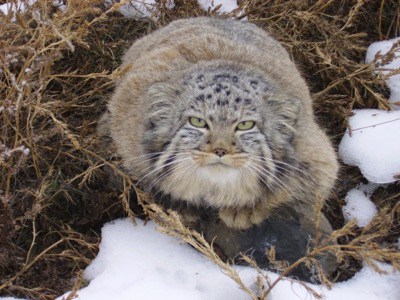 These extremely beautiful feral cats are now back in the wilderness… and they are doing very well.

If it was’nt for the farmer who found them, and the staff and the animal reserve, these cats would never have survived.

But now they are  back in their natural living environment, to live their lives just as nature intended for them.

Without the help of the farmer and the staff at the reserve they would never have survived. Now they are back in their natural habitat to live out their lives as nature had intended.

Smrodcats.com is a participant in the Amazon Services LLC Associates Program, an affiliate advertising program designed to provide a means for sites to earn advertising fees by advertising and linking to amazon.com.